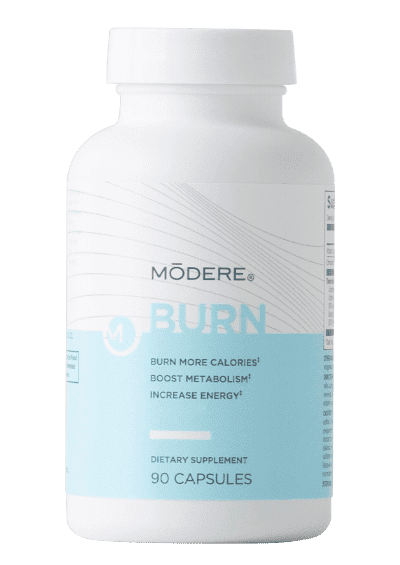 As more and more weight loss supplements are gaining global popularity for their claims to help consumers attain the body of their dreams, it can be somewhat difficult to determine which brands hold up to their claims in terms of efficacy and results.

When it comes to weight loss supplements, consumers need to have a clear understanding of what effect these supplements will have on the body and their limitations.

Despite what these companies and their marketing might suggest, no weight loss supplement will garner positive results on their own, if any. It takes a balanced combination of a healthy diet plan, a consistent workout routine, and perhaps the addition of these supplements to experience a noticeable difference in your weight.

One of these weight-loss supplements that are gaining notoriety on the internet is Modere Burn. This supplement claims to harness the benefits of a Mediterranean diet in order to expedite weight loss. Again, it should be noted that no supplement could ever “expedite” weight loss on its own.

This Modere Burn study will go over the research behind the product as well as their claims and customer reviews to determine its efficacy as it relates to weight reduction.

What Is Modere Burn?

Modere Burn is a thermogenic weight loss supplement that, when taken, claims to burn calories at an increased rate during a workout. The company promises the supplement will help users achieve a “total body transformation” through inhibited fat absorption, reduced fat cell formation, and improved muscle tone and body composition.

The company also claims the product will burn more calories than diet and exercise would allow, increase energy, maintain balanced blood sugar levels to reduce cravings, and boost metabolism for the purposes of burning fat.

Modere Burn is part of a three-part weight-loss system that includes Modere Trim and Modere Activate. It’s typically sold through social media influencers on platforms like Facebook and Instagram.

So who exactly is Modere?

Modere is an MLM company that offers various products from nutritionals to skincare to household items. It is the rebranding of the company Neways, which Z Capital purchased in 2013. The following year the company name was changed to Modere.

What is Thermogenic Metabolism

Thermogenic metabolism uses specific supplements that increase heat through metabolic stimulation. This allows the body to increase it’s basal metabolic rate. The basal metabolic rate can affect the rate at which a person burns calories, ultimately resulting in weight loss or weight gain.

Specific sources can aid in thermogenic metabolism. These include caffeine, plant extracts, green tea, capsaicin, and other natural substances.

Studies have shown that thermogenic dietary supplements can have a positive effect on the RMR.

In one particular study, 13 females were tested and monitored for a rise in RMR after 60 minutes, 120 minutes, and 180 minutes post ingestion. They were given a thermogenic supplement in one study, and a placebo in another. After ingesting the dietary supplement, their RMR significantly increased. However, with the placebo, there were no recorded changes.

This study shows that thermogenic supplements may increase our resting metabolic rate to burn more calories.

In order to properly determine the efficacy of any product, especially those that we consume into our bodies, we must carefully research the key ingredients. In Modere Burn, the most active ingredients that claim to aid in weight reduction are fucoxanthin, chromium, berberine, and vitamin C.

While this is a considerable leap, the results have yet to be replicated in another study. In addition, unlike most weight-loss products, Modere Burn does not indicate how much fucoxanthin the supplement contains or any of the ingredients for that matter. Based on the study, 8mg could be sufficient to yield results, but the product could include a lot less.

Berberine derives from a spice also known as barberry. The root extract is known to increase insulin sensitivity and is typically used to treat individuals with diabetes and inflammation. Studies have shown it can improve lipid metabolism, although these have mainly been conducted on diabetic rats rather than people.

Chromium is a key ingredient that many weight-loss products claim aids in the reduction of cravings and appetite suppression.  This 2008 study on chromium produced results that support this claim. However, the study further indicates that the subjects who had taken the placebo experienced a similar loss of appetite.

The subjects were given 1000mcg of chromium picolinate per day in the study. A daily dose of Modere Burn only contains 240 mcg of chromium.

Vitamin C might be the only well-researched ingredient on this list that is known to be beneficial to weight reduction. However, this is typically only the case for individuals that are vitamin C deficient.

Studies do show that vitamin C can be good for heart and skin health, while others indicate the vitamin acts as an antioxidant that can boost immune health.

Modere Burn contains 278% of the recommended daily intake of vitamin C. It should be noted that high amounts of vitamin C can result in stomach-related side effects.

While customers claim to have experienced positive results, mainly in the area of appetite suppression, there have been no clear definitive results to support the company’s claim that it aids in weight loss reduction or increased metabolism.

The main side effect reported by users of Modere Burn is headaches, likely due to the heightened level of caffeine found in the supplement. Excessive caffeine intake could also lead to increased anxiety, dizziness, insomnia, and loss of bladder control.

In addition, a complaint that many reviewers have indicated is the side effect of severe stomach pains and cramps as well as diarrhea.

It’s important to note that Modere products are not FDA approved.

This Modere Burn study concludes that while many of the product’s ingredients can be beneficial, its claims to burn calories at a higher rate than normal remain inconclusive.