Modere COQ10—What It Is and What It Does 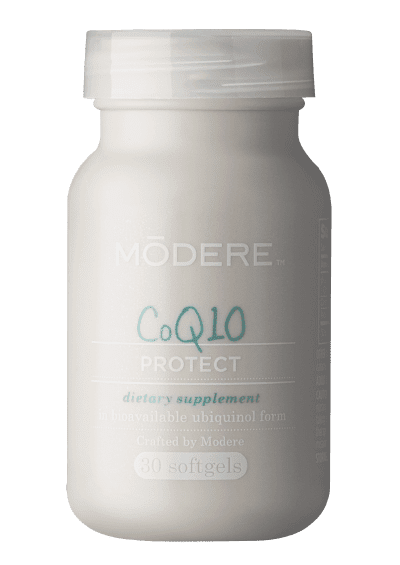 Modere COQ10 delivers Coenzyme Q10 and other essential supplements to your body. While Coenzyme Q10 is produced naturally by the body, natural production decreases with age. As such, Modere COQ10 can provide this much-needed nutrient, which helps you stay energetic and feel young.

Modere COQ10 Ingredients and Their Effects

The main active ingredients in Modere COQ10 are:

So, what do the active ingredients do for you? Later in this article, you will see more in-depth scientific research about the benefits of the Cardiol Blend and its specific components. However, the main effects of the blend are as follows:

If you feel tired all the time, using this supplement can help you feel more energized throughout the day.

Numerous studies and research have been conducted on Coenzyme Q10, D-limonene, and Alpha-Lipoic Acid. Let’s go through what science has to say about the three active ingredients in Modere COQ10, one by one.

The research on Coenzyme Q10 is extensive. It is necessary for many bodily functions, but not everyone has enough of it, which is why you may require supplementation. Also, the older you get, the more beneficial Coenzyme Q10 can be.

However, even younger people can benefit from Coenzyme Q10 supplementation. The list of potential benefits is pretty long, so get ready. Here is what supplementing with Coenzyme Q10 can do for you:

D-limonene comes from the peels of oranges, lemons, and other citrus fruits. It has many benefits. Here is what it can do:

That’s why Modere COQ10 is so powerful. Not only does it help you get all the COQ10 you need, which is essential in and of itself, but it uses Alpha-Lipoic Acid and D-limonene to help you get even more energy.

*These statements have not been evaluated by the Food and Drug Administration. This product is not intended to diagnose, treat, cure or prevent any disease.

Here are some things real people are saying about Modere COQ10:

Modere COQ10 comes in soft gels. You should take one soft gel a day. You can also combine it with another product, such as Modere Trim, to accelerate your weight loss, feel younger, and improve your energy throughout the day.