The Cognitive Benefits of Modere Focus Plus Supplements 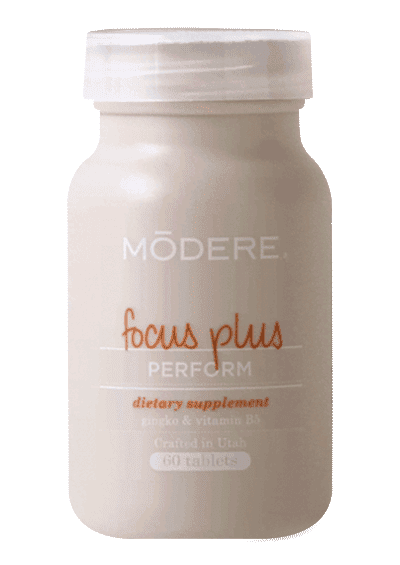 The world is full of to-do lists, calendars, and never-ending assignments. Whether a college student, a busy professional, or a working parent, their life may be incredibly busy and tiring. As such, one’s focus and memory may be declining when under the stress of everyday life.

Modere Focus Plus is the right herbal supplement to incorporate into your diet to improve memory, concentration, and other cognitive abilities.

This innovative supplement from Modere has a unique formula with powerful ingredients such as Gotu kola herbs. Such herbs will help you focus on your assignments and to-do lists for more extended periods. With this product, your brain will no longer be foggy.

You will have greater clarity, memory performance, and focus. Best of all, this formula ensures that you will not face a caffeine crash in the second half of the day.

Modere Focus Plus will provide you with enhanced cognitive abilities when studying or working on an assignment, whether you’re a student or a busy professional. At the same time, Modere ensures that you’re consuming a drug-free and plant-derived product.

This supplement has undergone a new formula. The changes are detailed below.

This supplement includes a variety of herbs such as Gotu kola, ginkgo leaf, and bacopa leaf. This combination of herbs is meant to improve mental agility. As such, it is clear that this product can strengthen concentration, reduce fatigue, and boost memory.

Natural nootropics, which are also called smart drugs, are compounds or supplements that have been well-researched to improve mental performance. These particular supplements can enhance cognitive functioning in the areas of concentration, memory, inspiration, and even creativity.

The same type of pathways are impacted in these same conditions. Nootropics tend to heal these pathways and improve cognitive performance. Ginkgo biloba is a natural nootropic shown to play a role in the positive impact of the compounds.

Nootropics can be made into a supplement and can also be found in natural foods or beverages. For example, caffeine is considered one of the best nootropics. You can find caffeine in tea, coffee, cocoa, and kola nuts.

Furthermore, caffeine is often added to soda, energy drinks, and even medicine. Caffeine has been shown to make people more alert and better able to concentrate by improving attention. It is also known to reduce fatigue. Essentially, all nootropic supplements are known to improve mental functioning. They may even alleviate the symptoms of memory conditions.

The ingredients found in the Modere Focus Plus product include:

According to the National Institutes of Health Office of Dietary Supplements, pantothenic acid is also called vitamin B5 and is known as an essential nutrient found in foods and dietary supplements. Vitamin B5 is responsible for the mixture of coenzyme A (CoA) and the acyl carrier protein.

CoA is then responsible for several different functionalities, such as fatty acid synthesis and deterioration. It is also responsible for the movement of acetyl and acyl groups.

Bacopa leaf extract has cognitive effects on the human brain, such as memory enhancements. According to a paper published in Rejuvenation Research, it may also weaken the symptoms of epilepsy, dementia, and Parkinson’s disease.

Some research supports that Ginkgo leaf extract may slightly alleviate several symptoms of dementia and reduce anxiety and other health issues.

A Gotu kola leaf may improve mental functioning, as research shows it may boost cognitive performance after a stroke. Furthermore, Gotu kola can also treat Alzheimer’s disease by improving nerve function and memory. Lastly, this ingredient may assist in decreasing stress and anxiety.

Other products, such as Modere Trim, have been shown to enhance metabolism, improve your skin look, and obstruct fat storage. The ingredients of these products have positive functions in the human body.

Next, it is essential to look at studies detailing the ingredients of the Modere Focus Plus supplement.

One study published in the Journal of Alternative and Complementary Medicine looked at the Bacopa leaf extract and its effects on cognitive function in elderly people. This study included 54 participants who were 65 years or older. They did not show any signs of dementia.

The subjects were divided into one experimental group and one placebo group. The subjects received either a placebo tablet or 300 mg of Bacopa monnieri daily for 12 weeks. Then the subjects were administered the Rey Auditory Verbal Learning Test, the Stroop Task testing people’s capability of ignoring irrelevant data, and other examinations.

In both the Rey Auditory Verbal Learning Test and the Stroop Task, the experimental group showed better scores than the placebo group. As such, the Bacopa leaf extract can improve cognitive functioning in the elderly.

The Ginkgo leaf has been studied in numerous trials as well. It was found that the Ginkgo leaf can enhance or stabilize both social and mental functioning in patients with Alzheimer’s disease and dementia.

When taking any supplements, it is crucial to ensure there are no negative drug-to-drug interactions. For example, the Ginkgo leaf should not be taken when pregnant, breastfeeding, or among patients with seizures.

If you’re still not sure about the benefits of this supplement, the consumer results may change your mind.

The Modere website includes several testimonials from their customer base explaining the benefits of this supplement. For example, one customer states how it is helping him concentrate better, while another mentions how well it impacts the memory.

More customer reviews claim that the Modere product improves their attention span and allows them to focus on various projects. One review mentions how a difference in concentration and alertness was seen soon after the first dose. Others state loving this supplement and seeing a difference after taking it.

In addition, one review claims feeling more clear-headed while not getting any negative nervousness, while another states that it alleviates his or her fatigue.

It has effective ingredients known to boost cognitive performance even among those with memory-based conditions. Lastly, research supports the benefits of the ingredients that this supplement contains.

If you’re looking to improve memory performance and boost concentration, the Modere Focus Plus product may benefit your overall cognitive performance.